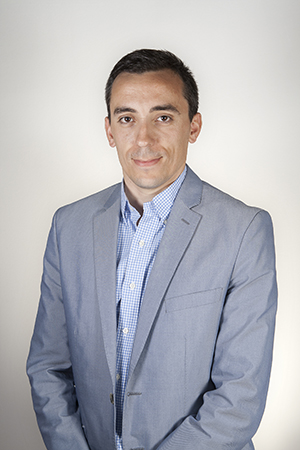 Javier Florencio is using Clean and Conserve with schools in Barcelona Javier Florencio’s daughter had been asking him to come to her school to tell them about his job at Nalco in Barcelona for a while. At the same time, Javier said, he had been wanting to do “some kind of volunteer activity and contribute to making the world a better place.”

As the Senior Marketing Manager for the Heavy Industry segment in Europe, Javier deploys new technology with a focus on new digital solutions for water treatment. His daughter thought her classmates would want to know more.

When he saw in an Ecolab newsletter that Project WET had developed water conservation teaching resources for Ecolab employees, he realized he could accomplish two things at once: explain his job and educate young people about water. He liked the idea of being able to talk about something related to his work while at the same time make an impact on his community.

“The Project WET employee guide gives very clear instructions on how to lead each of the activities,” Javier said. “It also provides enough freedom to give the lessons your personal touch—including presenting in your desired language.” Javier presented in Catalan, one of the two official languages of Catalonia, a semi-autonomous region in northeast Spain.

Last fall, Javier began by working with 50 students. He presented two sessions, giving the students simple actions they could take to save 200,000 liters (53,000 gallons) of water per year. 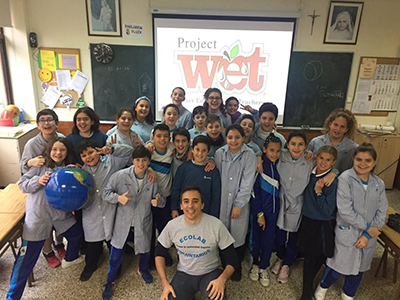 Javier said Clean and Conserve allows him to talk about the work he does at Nalco while making a positive impact on his community “I combined the two water conservation activities—which help students estimate the amount of water in the world and understand how only a tiny percentage of the world’s water is available for  human use—into a one-hour session I called “Mind the Water,” Javier explains. “I also created a slide deck with images appealing to kids to guide the session.”

His first foray was extremely well received, leading to an invitation for him to return to the school this year. It also brought his work to the attention of Ecolab’s Iberia Corporate Social Responsibility (CSR) committee.

“As part of the Ecolab Iberia CSR committee I am launching ‘Mind the Water’ as a volunteer project for Ecolab Giving,” Javier said. “I am adapting and translating my slides into different languages. By combining the Clean and Conserve kit that Project WET provides with the slides that I’ve prepared, other employees at Ecolab Iberia will be able to use this tool. This will allow them to spread the message of water conservation to schools near them.”

WaterStars make the world a safer and healthier place through water conservation and hygiene education.