Editor’s note: Project WET founder Dennis Nelson recently announced that he is retiring as President and CEO of the Project WET Foundation. After more than 35 years in water education, he is writing a series of articles reflecting on the people, places and experiences that have made Project WET an outstanding program. 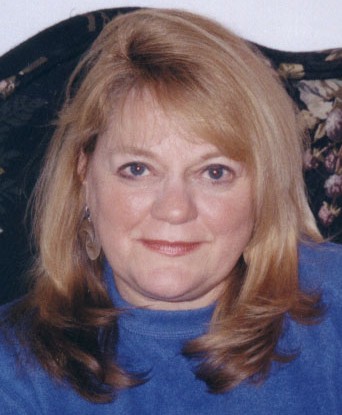 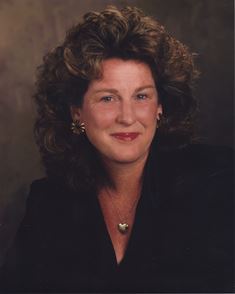 Sandra DeYonge Sandra Chisholm DeYonge and Mary Sue “Petey” Giroux were two of the most creative educators I have ever known. I worked for more than a decade with Sandi, who was Project WET’s VP of Publications, while Petey was the Georgia Project WET Coordinator. Both Petey and Sandi left the world too early after battling cancer—Petey in 2008 and Sandi in 2011—but their legacies live on in Project WET.

For many years, the Project WET USA Coordinators created and performed an original play based on some aspect of Project WET for their annual conference. Petey started this tradition, rallying the Coordinators with enthusiasm and joy. One of a kind, Petey brought out the best in people and challenged her colleagues to go beyond themselves and become actors. One memorable performance saw “Wet Butler” starring in "Gone with the Water"! The script writers and cast did an amazing job and, even as I write this, I find myself laughing as I recall the performance and its actors. Petey taught us all to take risks and grow. 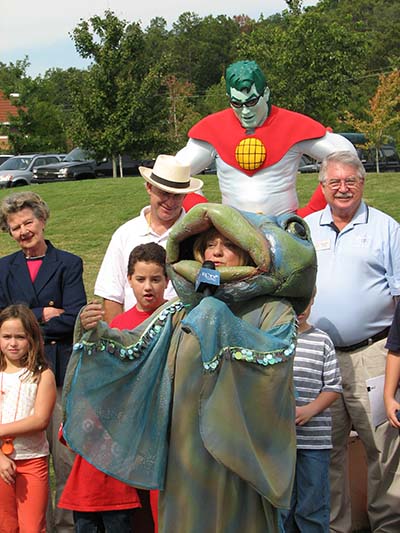 Petey brought out the best in people At another Project WET USA Conference, each coordinator was asked to choose a unique water character to portray. The characters ranged from fictional mermaids to historical figures like Lewis and Clark and John Wesley Powell. Sandi, like Petey, loved a dramatic challenge and jumped into this one with both feet. She created the character of Ms. Alderson, a cranky but lovable frontier schoolteacher with a passion for teaching about water. She co-opted me into being “Dusty”, one of Ms. Alderson’s ranch hands. Clad in full getup from boots to bolo tie, Dusty was an unruly cowboy who didn’t know much about water. What’s more, he really didn’t appreciate being pestered to learn about it—he had important ranch work to do! 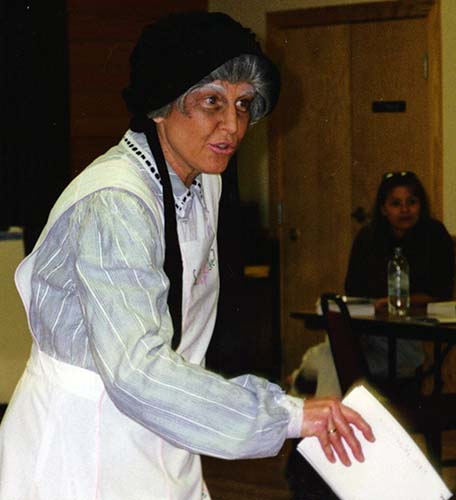 As Ms. Alderson, Sandi taught reluctant learner and cowboy Dusty about water Dusty would reluctantly listen to the questions she asked to introduce him to water topics and grumble a little, even as she filled his mind with new information. She told Dusty that water from dams was being used to generate electricity, which would someday make it to the ranch. Dusty wondered what folks on the ranch would do with all the extra time when there was no need for more ice houses, ice harvesting, ice picks and tongs. By the end of the skit, however, Dusty was telling people what he had learned. Ms. Alderson smiled ear to ear, knowing that Dusty had learned something and was now a teacher, too. 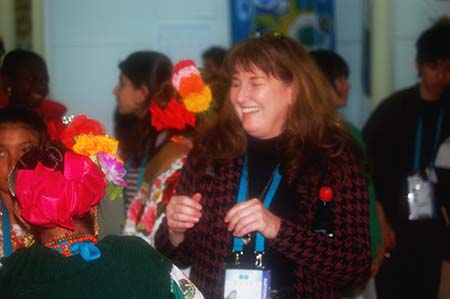 Sandi's smile was legendary The philosophy that anyone can teach effectively about water given the right tools is the foundation of Project WET. Sandi and I played it for laughs and merriment with Ms. Alderson and Dusty, but the underlying principle is the same today as it was then. Project WET exists to enable others to teach about water, no matter the place, time or age. Sandi and Petey understood that better than anyone. 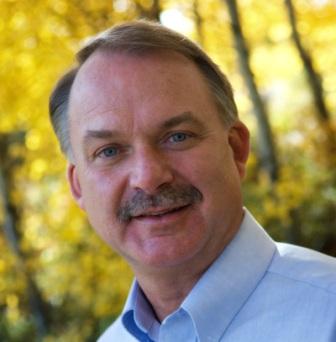