How I Use Project WET: Sharing Clean Water Wisdom With the World 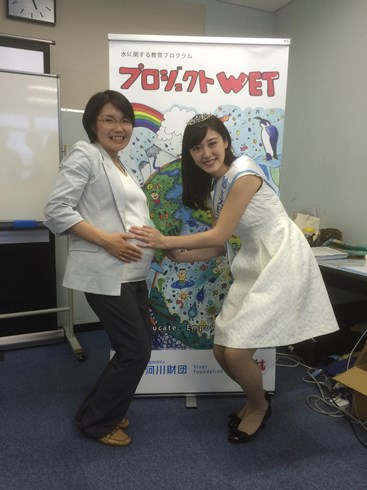 Junko has trained dozens of educators, including several Miss Japan "Water for Life" award winners Some people who grow up in places with abundant fresh water take it for granted. Junko Kato, a Project WET facilitator in Japan, is not one of them. Born and raised on the Japanese island of Kyushu in Kumamoto, a city known for its exceptional groundwater, Junko recognized her fortune in having access to Kumamoto’s “delicious water”. She took it a step further by seeking out a career in water resources management.

“I want everywhere in the world to have clean water like Kumamoto has,” Junko said. “That thought led me to work at METAWATER, a comprehensive water and environmental engineering company in Tokyo. I am involved in the operation of the water purification plant.” 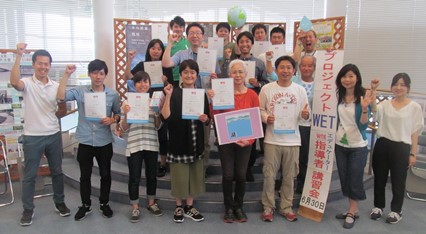 Junko has trained several other very active facilitators including two on her home island of Kyushu Through her work in water resources, she connected with the River Foundation, which hosts Project WET in Japan, in 2013. Since then, she has become one of Project WET Japan’s leading facilitators, according to River Foundation researcher and experienced Project WET educator Kazunari Sugawara.

“I learned about Project WET six years ago, and it changed my life,” Junko says. “I first helped a facilitator Tomoko Takeda hold a workshop for high-school students in Fukushima in 2013. I was impressed by Project WET’s vision and activities, so I took part in a Facilitator Workshop in 2014.”

At that time, she set herself a goal of training 100 educators, and she is about two-thirds there. Along the way, she has trained several other very active facilitators—including two on her home island of Kyushu, Ryo Sudo and Ayaka Nabeta 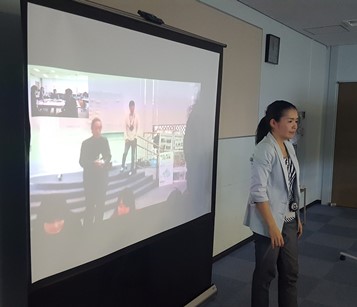 “In the future, I would like to organize a workshop between Japan and a foreign country,” she adds.

Junko’s work at METAWATER has made her especially passionate about educating the public about infrastructure. She says her favorite Project WET activity is “The Price Is Right”, the classic Project WET role-play lesson that helps students calculate the costs of developing water infrastructure projects.

“I think it is important to be proactive in this line of work because it involves the public, and water treatment infrastructure operations are generally not so transparent,” she explains. “I have made it my mission to educate people regarding the importance of infrastructure through this activity.” 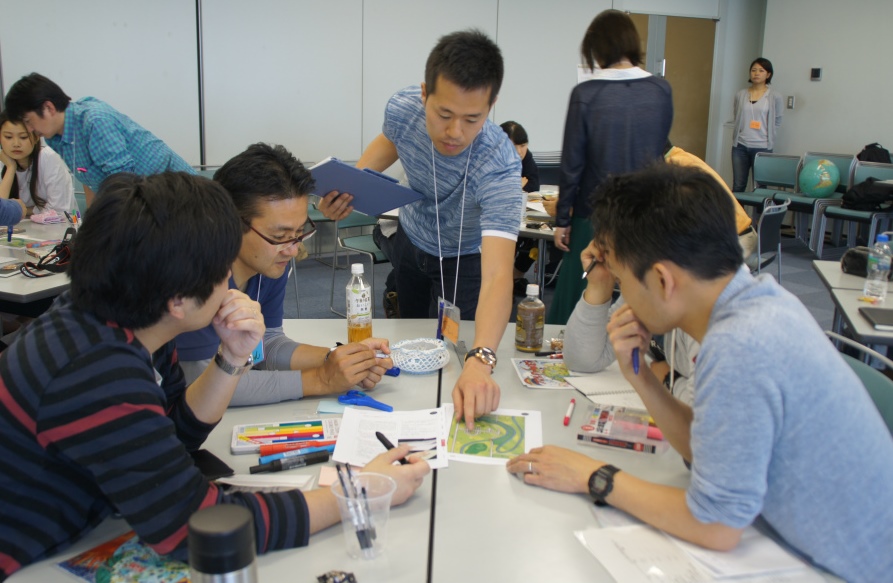 Working at an environmental engineering firm has made Junko passionate about infrastructure education She has also worked to make sure other water professionals are training their colleagues, not only for the knowledge they can impart but also for the employee engagement possibilities.

“Nami Segawa and Hiromi Ikeda are using Project WET activities to train workers in their offices,” Junko notes, mentioning two of the active facilitators she has trained. “Their actions help people understand the importance of water education as well as how Project WET can contribute to human resources development.”

“I think hands-on water education helps to increase the effect of classroom lectures,” Junko says. “We can exchange ideas and connect various factors through this style of education.These experiences improve the ability of people to think for themselves.” 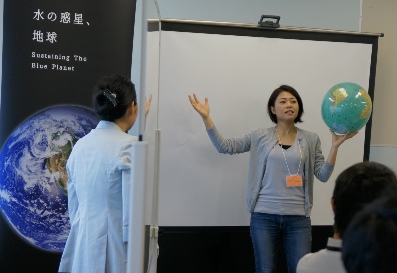 Junko says that she believes Project WET will continue to make a difference in her life and inspire new experiences She also sees Project WET as a unique option culturally, noting that it has improved her own facilitation skills: “Especially in Japan, hands-on education is very important, because people generally only take classroom lectures to improve memory, and don’t have the opportunity to improve these types of skills.”

Beyond boosting her skills and knowledge, however, Junko says that Project WET has allowed her to meet other people who are passionate about water education—connections that she believes will only grow.

“I believe Project WET will continue to make a difference in my life and cause me to accumulate excellent experiences,” Junko says. “I am sure Project WET has great power to solve difficult issues regarding water for not only Japan but also the world.”