How I Use Project WET: Empowering Children To Learn, Stay Healthy and Share Good Habits 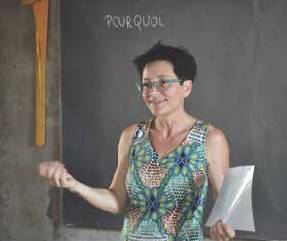 Andrea Morris, founder of the Bamako Child Support Program and Close to Africa Foundation Andrea Morris’s first trip to Mali ended suddenly. Volunteering as an English teacher at a primary school, she was in Bamako, Mali’s capital and largest city, when a coup d’état began in March 2012. With chaos descending, she fled the country.

Back home in Hungary, she couldn’t stop thinking about the promising students she had worked with in Bamako. The private school where she had been volunteering was in a slum, and it was the only educational option in the area. No government schools were available there, meaning the school relied on parental fees to stay open.

“Kids often drop out of school because their parents cannot afford even a very modest school fee,” Andrea explains.

She wanted to remove that obstacle. She sought out European families who would be interested in paying school fees for talented poor children in the school, launching the Bamako Child Support Program. The program supports some 100 students today, many of whom have graduated and are attending secondary education or even university.

Mali map (image courtesy of the University of Texas Perry-Castañeda Library Map Collection) From this sponsorship arrangement, Andrea grew the Bamako Child Support Program to contribute to the overall development of the school. “I kept returning to Bamako to see the school and the children,” she says. “Among other things, we built four new classrooms, donated computers and organized summer schools.”

The water and sanitation situation at the school was particularly dire.

“In this area of Bamako, there is no running water in the houses,” she notes. “People walk to the city taps, queue up, pay and carry water home. They pay for each jerry-can they fill up.”

She solicited sponsorship from a German-Hungarian company, Xeless, which financed the refurbishment of the school’s toilet areas. At the same time, the program supported the cost of bringing city water onto the school premises. With those resources in place, Andrea began to think about educating students about water.

“There is no need to tell them why it is not good to waste water. They know it,” she notes. “What the children needed more was an education in what to use water for and how to use it hygienically.”

In searching for resources to teach about water, sanitation and hygiene (WASH), she found Project WET’s free WASH education resources and online training. Last November, she and a colleague traveled to Bamako and used them with students at the school. They focused specifically on proper handwashing, which has been identified as the single most effective way to prevent the spread of infections. 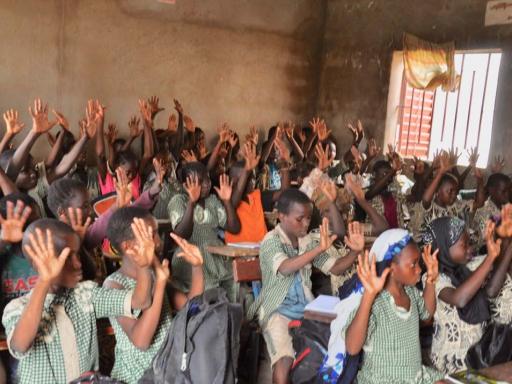 Students in Bamako learn about proper handwashing using Project WET's interactive activities “The kids were shocked to find out that their seemingly clean hands were not so clean after all,” Andrea relates. “They loved the colorful drawings of microbes that could be on anyone’s hand. For the older kids (grade 7-8-9), the illustrations that explained how soap molecules work to attract water and repel dirt were especially popular.”

Andrea and her colleague left laminated explanatory cards behind for the teachers and prepared larger educational bulletin boards that extended the lessons and decorated the classrooms, using these illustrations. The handwashing song was also very successful. After creating a new French translation, Andrea and her colleague taught students to time their handwashing to the rhythm of the song and for the exact time given by the singing.

“In a couple of days, the whole school was humming the song,” Andrea smiles.

Since many of the children’s homes still did not have running water, Andrea and her colleague used Project WET resources to teach them how to make tippy-tap handwashing stations. With that knowledge as well as the handwashing song and lessons, the students could bring the knowledge and behaviors they had learned home to their families. 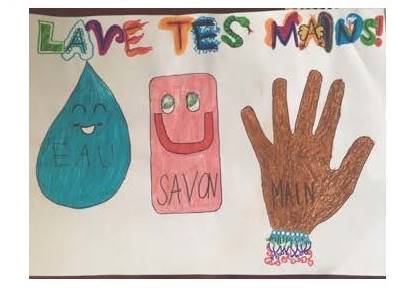 Colorful posters encourage proper handwashing with soap Looking forward, Andrea plans to stay involved in Mali. After years of operating the Bamako Child Support Program under the auspices of various Hungarian foundations, she has developed her own umbrella organization, the Close to Africa Foundation, to administer the program. She also wants to continue to use Project WET to educate people about handwashing, even closer to home.

Based on the success of the WASH education and sanitation improvement work in Bamako, the Close to Africa Foundation plans to scale up the program to other schools in Mali. The template would include the refurbishment or construction of toilet facilities, the installation of a handwashing station and education on the importance of handwashing.

“I would use Project WET’s WASH lessons anytime I need to educate anybody—including my own children—on the reasons for and the way to do proper handwashing,” she concludes.

Project WET’s WASH education work started in 2007 as part of a project with the United States Agency for International Development (USAID) to reduce the spread of preventable waterborne diseases in Africa. The result was the Healthy Water, Healthy Habits, Healthy People series of WASH education materials, originally designed for countries in East Africa. Developed with local education, water and health experts, the materials have since been adapted to other regions of the world and for more specific locations in Africa.