Guest Post: How an Actual Day Without Water Changed Me 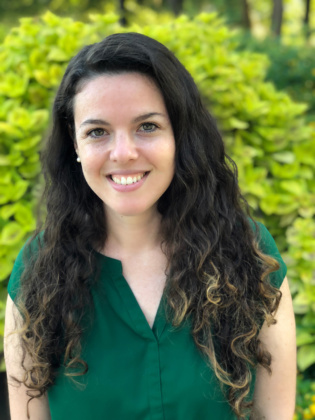 Shelby Cohen is a Coordinator for South Carolina Project WET Editor's note: This article was originally published in the Greenville Journal under the title "Imagine a Day Without Water". It is reprinted here with permission from the author, Shelby Cohen. Shelby is a Project WET Coordinator in South Carolina and serves community relations coordinator for the Greenville County Soil and Water Conservation District.

It was another morning in China. The scent of street food hung in the air as thousands of scooters weaved in and out of traffic, beeping unapologetically.

In the local park, elders gathered at one end for a morning ritual of tai chi while a group of women occupied the opposite end, dancing in unison to a soundtrack from the ‘80s that was far too loud for the time of day. Just past the park, the Jiapingtang River flowed softly — a tributary of the Huangpu and a source of drinking water for Shanghai’s more-than 20 million residents. Like most days, people were congregated along its banks carrying out household chores — washing clothes, vegetables, and pots and pans.

That morning, however, wasn’t like others. That morning, there were 16,000 diseased and illegally dumped pig carcasses flowing down the Jiapingtang.

This was my lightbulb moment over five years ago. I was 22 years old, and while I had always fancied myself an environmentalist, never before had I felt it punch me in the gut like this. Within the year, I had enrolled in a Global Sustainability Master’s Program. It makes sense that years later, I would settle down in a place where the name says it all – Greenville.

It’s been two years since I arrived, and just last month, our neighbors to the north suffered a similar fate to Shanghai in the wake of Hurricane Florence. An estimated 5,500 pigs drowned in eastern North Carolina – their bodies and waste streams adding to the increase of bacteria and pollutants found in nearby waterways. In jaw-dropping moments like these, you’re reminded of water’s fragility and the possibility of a day without water.

Today is Imagine a Day Without Water, a national day of action to raise awareness about water’s undeniable value in every facet of our lives. Dead pigs floating down a river is problematic to say the least. Nevertheless, there are things we do every day that, when accumulated, pose just as much of a threat. Any loose items or chemicals on roads, sidewalks, or lawns eventually end up in our water system — and we have gravity to thank for that. In an urban area where hard surfaces dominate the landscape, pollutants that would otherwise be absorbed and filtered by green space are carried into
local waterways via stormwater runoff.

While litter is an obvious eyesore, there’s a lot more happening under the surface. The same bacteria that pig waste expels — like E. coli and salmonella — is entering local waterways daily in the form of leaking septic tanks, overflowing sewers, and dog waste. You don’t have to travel far to confront this reality — just visit Falls Park and you’ll quickly learn that “swimming is discouraged.” The influx of nutrients from fertilizers and yard clippings add to this issue, creating an ideal environment for algae blooms. These blooms, which have led to the highly publicized dead zone in the Gulf of Mexico, harm water quality and deplete oxygen, literally sucking the life from rivers, lakes, and shorelines.

Protecting water can sometimes feel like trying to move mountains, but many pollutants have backyard solutions. Maybe you don’t have pigs, but if you have a car, a yard, a garden, or a dog, then you can take steps to reduce potential negative impacts on water quality. Pollutants from pet waste, yard chemicals, and loose soil can be stopped by rethinking the way we carry out daily chores. Stop to pick up Fido’s number twos, check for oil leaks, and use fertilizer sparingly — if at all. Every mountain is moved rock by rock.

Dead pigs contaminating a water source is a frightening prospect. More frightening is imagining a day without water at all. That’s why we are joining hundreds of groups across the country to communicate the value of water, and how to protect it. Greenville is fortunate to have safe and reliable water services, but that shouldn’t breed complacency. If it does, someone’s day without water could be our responsibility.