Editor’s note: NASA announced that September 2017 to September 2018 is A Year of Education on Station for the International Space Station (ISS), featuring a variety of education-related events for students and teachers. Astronaut Richard (Ricky) Arnold, a volunteer board member for the Project WET Foundation, is the educator on board currently. 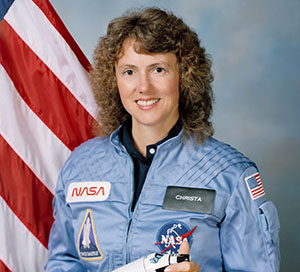 The current Year of Education on Station is far from the first time that NASA has made education and inspiration for young people a part of a mission. In 1984, NASA announced its “Teacher in Space” project, designed to inspire students, honor teachers and spur interest in math, science and space exploration.

The crew of the Space Shuttle Challenger mission STS-51-L. (front row) Michael J. Smith, Dick Scobee, Ronald McNair; (back row) Ellison Onizuka, Christa McAuliffe, Gregory Jarvis, Judith Resnik. (Photo: NASA) The first teacher selected for the project was Christa McAuliffe, a New Hampshire educator. In addition to her plans to share her experiences in classrooms after her return, Christa also planned to film several demonstrations to be used in educational packages for students and teachers across the globe during her time in space. Tragically, the Space Shuttle Challenger that Christa boarded on January 28, 1986, broke apart just after the launch. All eight people aboard, including Christa, were killed.

In the wake of the tragedy, Christa’s lessons were lost. However, earlier this year, the Challenger Center--a 501(c)3 organization created by the families of the the Challenger crew to continue the crew's educational mission--announced that it was partnering with NASA to complete some of the lessons she had planned to perform aboard Challenger. Completing these learning modules is a tribute not only to McAuliffe, but to the entire Challenger crew. Ricky and the other educator who would be on board the ISS, Joe Acaba, have honored Christa by taking her curriculum into space with them. As former teachers themselves, Ricky and Joe agreed that “sharing these lessons would honor McAuliffe’s legacy—and, teachers’ contributions around the world—during their missions aboard the International Space Station.”

The demonstrations are being filmed aboard the International Space Station and corresponding lessons have been developed for classrooms. The first was released this week, featuring Ricky conducting a lesson on chromatography that Christa originally planned to take to space: 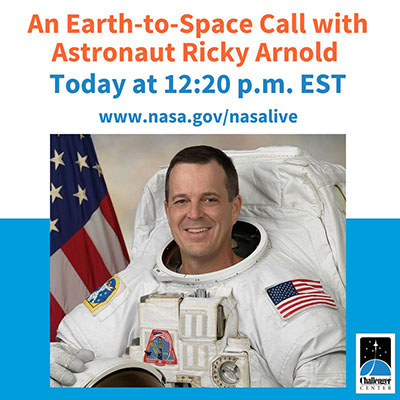 NASA and the Challenger Center announced the availability of the first lesson during an Earth-to-space call with Ricky Future lesson topics include effervescence, liquids in microgravity and Newton’s law. Several of the lessons have been completed as originally planned by Christa and some have been reimagined based on materials available aboard the Space Station.

The Challenger Center and NASA announced the availability of the first video lesson this week during an Earth-to-space call with Ricky, broadcast on NASA TV. Educators and other guests were able to ask Ricky questions about his work on ISS, his experience as an educator and much more. (The call is being regularly rebroadcast on NASA TV—check the site for listings.)

Speaking to NASA of the lessons, Ricky said, “To me it’s for our nation; it’s really important it wasn’t lost. I’m hoping we can package up some nice stuff teachers can use as a resource long after we’re home, long after the mission is over.” 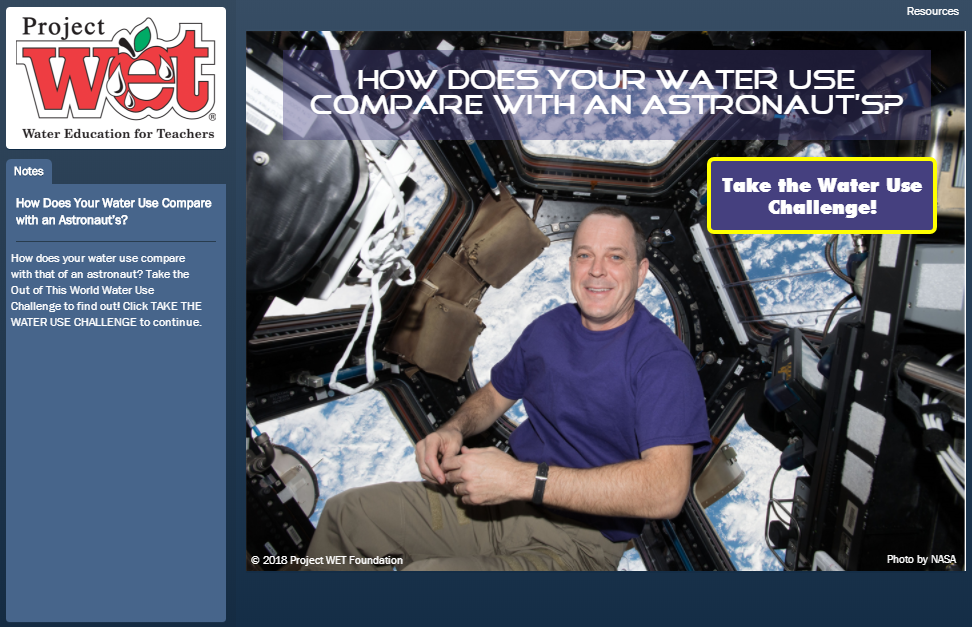 To compare your water use to that of an astronaut, take the Water Use Challenge. Access this and other resources for teaching about water and space, including a lesson plan, at our Out of This World page.