Understanding climate, and specifically the way that climate is changing, is crucial to making informed decisions and building community and environmental resilience.

Project WET offers several resources to teach about climate and the impacts of global warming to youth and adults. These resources target middle and high school students but also work well in adult seminars or education programs. We also offer suggestions for introducing students in upper elementary school to the concepts of global and local water systems that will help them better understand climate science in the future. For more information contact Project WET. 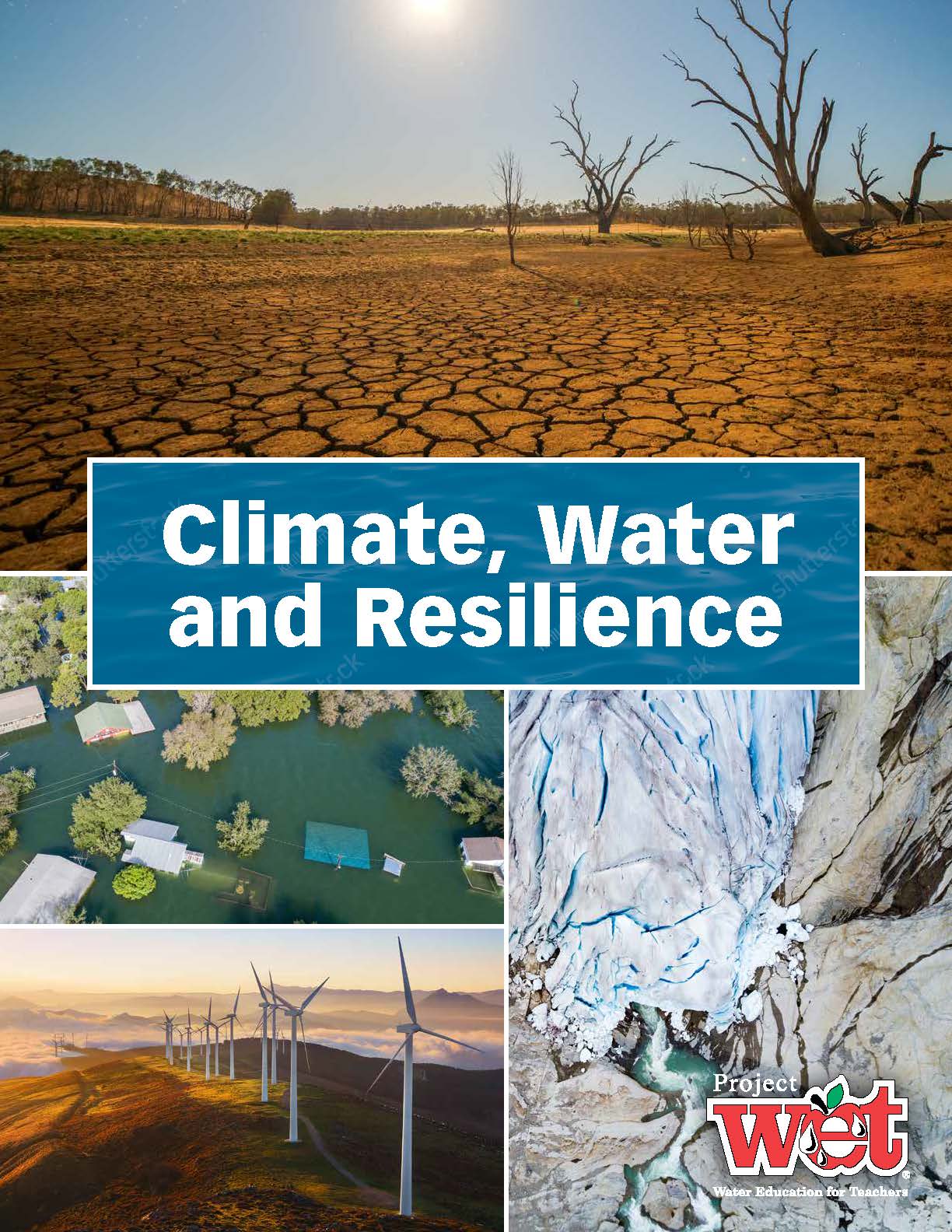 Climate, Water and Resilience helps educators teach middle and high school students about climate and climate change using interactive, objective, science-based activities that students will enjoy. Unlike other Project WET publications, the activities in this guide are meant to be taught in sequential order. Each lesson is a stand-alone activity and can be taught modularly; however, information from the first activity will help students to understand the second activity, which will then help them to understand the third activity, and so on.

Project WET requires that educators attend a local workshop to learn the science of climate change and how to localize these lessons for a place-based focus. For more information, contact your local Coordinator or Project WET headquarters. 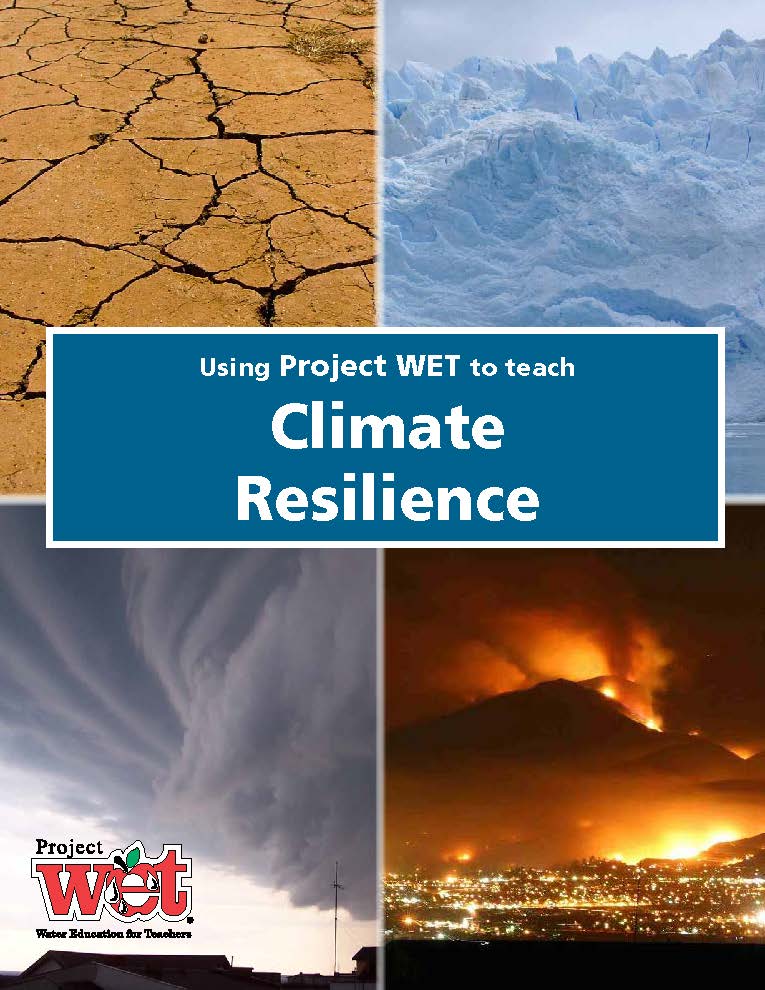 Information in the Climate Resilience Lesson Plan is meant to help educators understand the basics of a changing climate to effectively teach climate resilience. The activities in this lesson plan will help educators relay information about impacts of climate change to youth using fun and interactive lessons. Please note that none of the activities in this lesson plan are presented in their entirety. Educators will need access to the original activities for use.

Educators can find additional resources to use with activities in the Climate Resilience Lesson Plan, such as data sets on diseases and maps on temperature and precipitation, on this webpage. 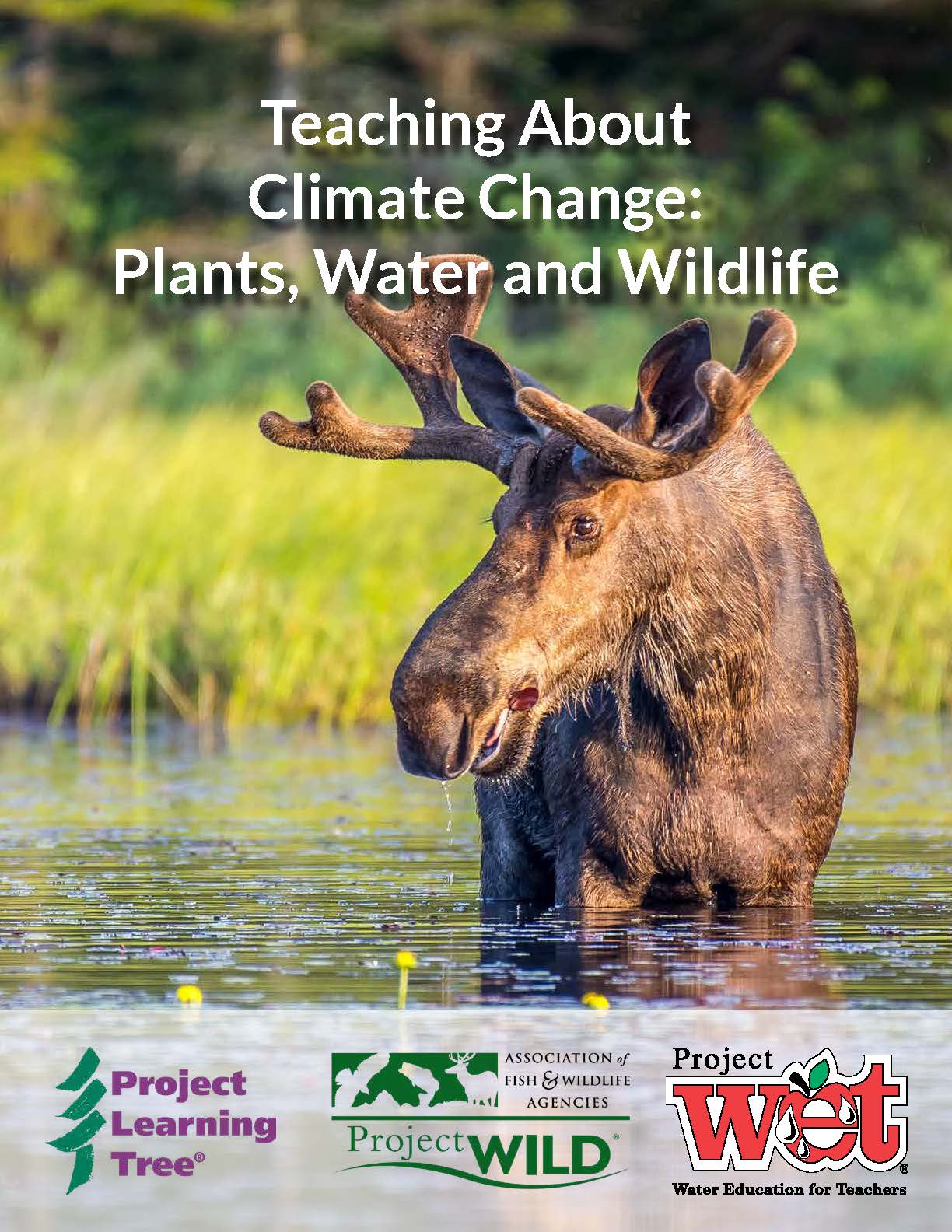 Project WET, Project WILD and Project Learning Tree (PLT) worked together to compile collective resources about climate change and publish them in a table format in the document, Teaching About Climate Change: Plants, Water and Wildlife. Environmental education is not isolated to water, plants or animals. It connects everything. The resources listed in this document are meant to help educators teach about climate change in a holistic way. They will provide your students with engaging educational experiences that will help them understand climate resilience for communities and the environment.

What accounts for the 1 billion tons of carbon dioxide emitted into the atmosphere?

Answer: The loss of coastal ecosystems

What species is an important carbon sink?

Answer: Mangroves are one of the world’s most important carbon sinks, storing three to five times more carbon than upland tropical forests.

Data for Use with CSI: Water and Disease and Super Sleuths

Download these data sets from the Center for Disease Control (CDC) to use with the Climate Resilience version of Super Sleuths.

Departure from Average Temperatures in the U.S.

Use the maps below to examine mean temperature deaptures from average temperature in the U.S. 2010 to 2016

Departure from Average Precipitation in the U.S.

Departure from Average Precipitation in the United States for the years 2010-2017.

Download this spreadsheet to use in place of the Student Copy Page-Stormwater Resilience Data Sheet in the activity Stormwater.