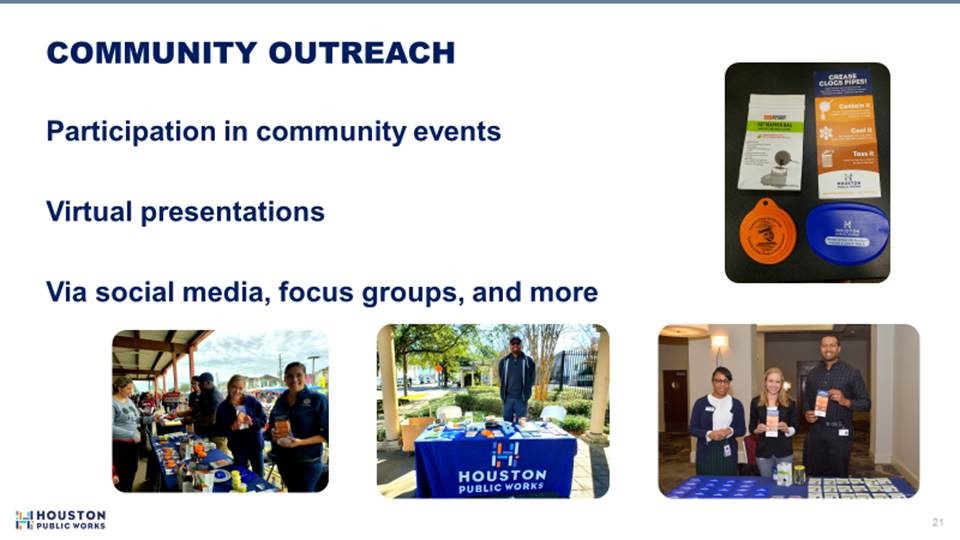 To say Ryan Prillman, a new Project WET coordinator in Houston, Texas, is involved in his community is an understatement. His titles include City of Houston Community Liaison, Selective Service Local Board Member, Houston Police Department Citizens’ Police Academy graduate, Committee Member for the Texas American Water Works Association, and too many more to count. After the Texas winter storm left Ryan and millions more without basic necessities like water and electricity, he began to think about ways the community can better prepare for disasters. We met up with him virtually to learn about the city’s recovery and plans to build a more resilient future.

What was it like to turn on your faucet and find that there was no water? Did it change the way you think about water resources?

As a child growing up in New Orleans and experiencing hurricanes, power outages, and floods, it kind of toughens you. But as tough as I feel I am, this winter storm was a test. You don’t realize how much water a toilet uses. Next time, I’ll be filling up the tub with water. My mom used to always say, “Just make sure you put water in the tub,” and we didn’t do that. Fortunately, our neighbor has a pool across the street. We went over and filled buckets, and we used it to take a shower. We heated the water up and brought it into the shower with a bucket and a washcloth. It’s really given me more of an appreciation for water. We’re definitely putting a rainwater collection tank on the back of the house, just to at least have water to flush.

Yeah, look at what happened in Houston. We experienced brief disruption in the water service. The winter storm affected our water system by causing the water pressure to drop for many citizens. One of the things some people did [that made things worse] was drip their faucets. It would have been better to turn the water off and empty the system throughout the house, so you have no water in the pipes. Dripping the faucet puts even more stress on the municipal water source, creating millions of gallons of demand. I think people need to be educated on how scarce water really is. There are more people on the planet that own cell phones than have access to a toilet. Here in Houston, it rains all the time, and we have a lot of surface water that we can pull from, but if we have a drought like we did in 2011, with the population growth since then, it could be a problem for us. We’re trying to get them thinking about water conservation.

Houston had very little time to plan its disaster response. What did the city do to help people?

I was part of the volunteer group for Houston Public Works to do the water distribution for families impacted by the recent winter storm. We gave out three 24-packs of bottled water per car - one thousand cases of water total. I’m just grateful that we know that water will keep people alive, because you have to drink water every day. You can go days without food, but you can’t without water.

Why do we need to build resilience for future disasters?

We’ve been having a lot more situations where people are doing runs on the grocery store. No toilet paper, no drinking water – these situations are occurring more often. Being off the US grid, it just makes you know that you probably need to get better prepared for next time, because these environmental events, like hurricanes, are becoming more frequent.